Recommended Reading for Read in the Bathtub Day

One of the relaxing joys of my life is a bubble bath and a book, and maybe a glass of bubbly to go with it. It’s a time for me to relax and escape, to think about the days to come, or to plan a great adventure. I indulge often, whether it’s at home, in a decadent hotel bathroom, or a relaxing hot tub or jacuzzi.

When I learned that today was Read in the Bathtub Day, I thought it would be a good time to share a few recommendations culled from what I’ve read over the past couple of months. You might find something here that you like. 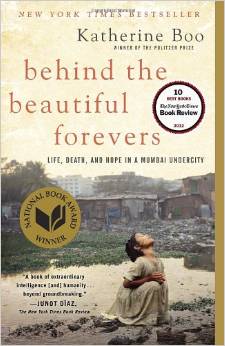 Behind the Beautiful Forevers:  Life, Death, and Hope in a Mumbai Undercity

In this brilliant, breathtaking book by Pulitzer Prize winner Katherine Boo, a bewildering age of global change and inequality is made human through the dramatic story of families striving toward a better life in Annawadi, a makeshift settlement in the shadow of luxury hotels near the Mumbai airport. As India starts to prosper, the residents of Annawadi are electric with hope. Abdul, an enterprising teenager, sees “a fortune beyond counting” in the recyclable garbage that richer people throw away. Meanwhile Asha, a woman of formidable ambition, has identified a shadier route to the middle class. With a little luck, her beautiful daughter, Annawadi’s “most-everything girl,” might become its first female college graduate. And even the poorest children, like the young thief Kalu, feel themselves inching closer to their dreams. But then Abdul is falsely accused in a shocking tragedy; terror and global recession rock the city; and suppressed tensions over religion, caste, sex, power, and economic envy turn brutal. With intelligence, humor, and deep insight into what connects people to one another in an era of tumultuous change, Behind the Beautiful Forevers, based on years of uncompromising reporting, carries the reader headlong into one of the twenty-first century’s hidden worlds—and into the hearts of families impossible to forget.

My thoughts about visiting India are pretty convoluted. I know some travelers who love it, taking inspiration and comfort in the country in a way I can’t understand. Others reference the great poverty, the crowds of people, and, of course, Delhi Belly. I know that I should want to go there, with its rich history and amazing culture, but I still remained unconvinced. This book was fascinating, at times reading more like a novel than non-fiction, but I’m not sure that is pushed me one or the other in my dilemna. 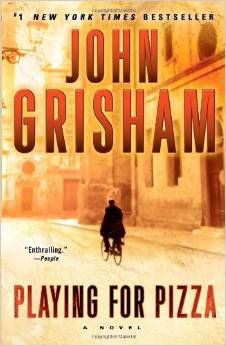 Rick Dockery is the third-string quarterback for the Cleveland Browns. In the AFC Championship game, to the surprise and dismay of virtually everyone, Rick actually gets into the game. With a seventeen-point lead and just minutes to go, Rick provides what is arguably the worst single performance in the history of the NFL. Overnight, he becomes a national laughingstock—and is immediately cut by the Browns and shunned by all other teams.

But all Rick knows is football, and he insists that his agent find a team that needs him. Against enormous odds, Rick finally gets a job—as the starting quarterback for the Mighty Panthers . . . of Parma, Italy. The Parma Panthers desperately want a former NFL player—any former NFL player—at their helm. And now they’ve got Rick, who knows nothing about Parma (not even where it is) and doesn’t speak a word of Italian. To say that Italy—the land of fine wines, extremely small cars, and football americano—holds a few surprises for Rick Dockery would be something of an understatement.

My love for Italy, and all things Italian, is well known, so even though this John Grisham novel is essentially about football, I picked it up because it’s set in Parma, Italy. I can’t attest to how realistic the football stories are, but I swooned at the description of the meals – whether complicated feasts or simple every day fare – and it made me eager for a return visit. If you want to take a peek into the rich life of this area known for its prosciutto and cheese, you’ll find this a quick and tasty read. 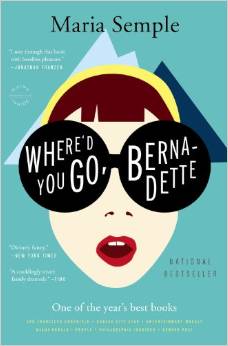 Bernadette Fox is notorious. To her Microsoft-guru husband, she’s a fearlessly opinionated partner; to fellow private-school mothers in Seattle, she’s a disgrace; to design mavens, she’s a revolutionary architect, and to 15-year-old Bee, she is a best friend and, simply, Mom.

Then Bernadette disappears. It began when Bee aced her report card and claimed her promised reward: a family trip to Antarctica. But Bernadette’s intensifying allergy to Seattle–and people in general–has made her so agoraphobic that a virtual assistant in India now runs her most basic errands. A trip to the end of the earth is problematic.

To find her mother, Bee compiles email messages, official documents, secret correspondence–creating a compulsively readable and touching novel about misplaced genius and a mother and daughter’s role in an absurd world

This book was recommended by so many friends, that I finally picked up a copy of it. Set in Seattle, it was fun to note referrals to local spots, both real and created. And the settings in Antarctica felt so real that it made me want to brave the contintent of ice and snow, even risking the inevitable sea sicknes of the Drake Passage. If you enjoy reading for a sense of place, this book does that in spades. I just grew weary of the characters, who seemed mired in a cycle of destructive desparation that made them frustrating and not very sympathetic. I liked it, didn’t love it. Your mileage may vary. 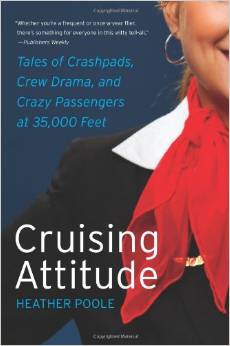 Real-life flight attendant Heather Poole has written a charming and funny insider’s account of life and work in the not-always-friendly skies. Cruising Attitude is a Coffee, Tea, or Me? for the 21st century, as the author parlays her fifteen years of flight experience into a delightful account of crazy airline passengers and crew drama, of overcrowded crashpads in “Crew Gardens” Queens and finding love at 35,000 feet.

I’ve been meaning to pick this one up for awhile, and finally got to it. Flight attendant friends will recognize all too familiar situations, likely thinking “I could write this” as they read through it. It’s light and fun, with the requisite names changed to protect the innocent (and guilty), and an amusing look at flight attendant life. 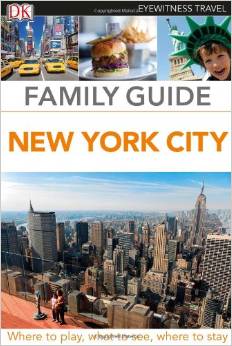 Eyewitness Travel Family Guide New York City offers you the best things to see and do on a family vacation in the Big Apple, from visiting magnificent sights such as the Empire State Building and the Statue of Liberty to exploring the treasures housed in the American Museum of Natural History and the Museum of Modern Art, and brings those places alive for children with fun facts, quizzes, and cartoons.

I purchased this book for a recent extended family trip to NYC. In fact, it was selected from a shelf of family travel guidebooks by an 11 year old. He said he chose it because of the pictures and because it wasn’t too baby-ish. I think this book works well for ‘tween aged kids to use, not just for adults, and I turned the book over to the the kid, allowing him to make some of the choices about what to see and do when we took him to NYC. I think Eyewitness Travel does a great job with all of their titles, and this line is no exception. I bought this is the print version and took it along on the trip.

NOTE:  Links in this post are affiliate links. That means that I may earn a small amount if you use one of these links to click through and place an order on Amazon. If you plan on making an Amazon purchase, I hope you’ll use one of these links as it costs nothing for you to use it (you get the same great Amazon prices), and it helps support the work I do here on the blog.