Summer reading, had me a blast.

It seems like there’s always so much more to read during the summer. And much more time. Lounging at home on the deck, by a pool, or jetting off somewhere for a long, lazy weekend. All provide time to dig into a great book. For me, summer reading is a combination of best sellers I’ve missed, lighter and fun reading, and meaty tomes that I’ve put off digging into.

For my reading, I use a Kindle Paperwhite (a new version recently came out), with books coming from a combination of public library checkouts (King County Library System offers this, yours library may as well), Amazon Prime loans, and Amazon purchases.

Here are some recent reads that I’d recommend for your summer (or anytime) reading list:

A Year Without “Made in China” 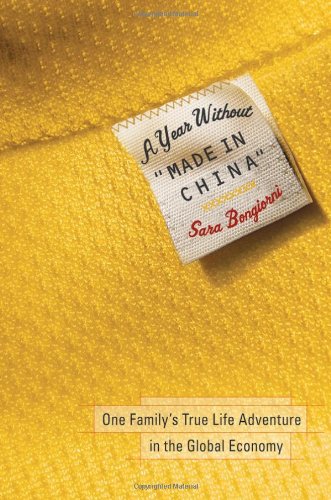 Journalist Bongiorni, on a post-Christmas day mired deep in plastic toys and electronics equipment, makes up her mind to live for a year without buying any products made in China, a decision spurred less by notions of idealism or fair trade—though she does note troubling statistics on job loss and trade deficits—than simply “to see if it can be done.” In this more personal vein, Bongiorni tells often funny, occasionally humiliating stories centering around her difficulty procuring sneakers, sunglasses, DVD players and toys for two young children and a skeptical husband.

Subtitled “One Family’s True Life Adventure in the Global Economy”, this imperfect look at the economics of Chinese products in the U.S. market, gave me pause to think about my own consumer habits. While other countries can, and perhaps should, be called out as well, it’s still good food for thought. The big takeaway for me was a renewed sense of mindfulness about the purchases I choose to make. 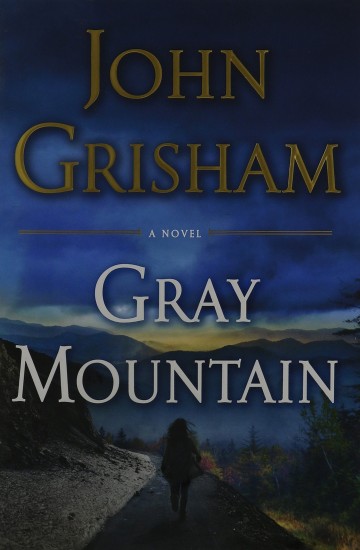 In a matter of days Samantha moves from Manhattan to Brady, Virginia, population 2,200, in the heart of Appalachia, a part of the world she has only read about. Mattie Wyatt, lifelong Brady resident and head of the town’s legal aid clinic, is there to teach her how to “help real people with real problems.” For the first time in her career, Samantha prepares a lawsuit, sees the inside of an actual courtroom, gets scolded by a judge, and receives threats from locals who aren’t so thrilled to have a big-city lawyer in town. And she learns that Brady, like most small towns, harbors some big secrets.

Her new job takes Samantha into the murky and dangerous world of coal mining, where laws are often broken, rules are ignored, regulations are flouted, communities are divided, and the land itself is under attack from Big Coal. Violence is always just around the corner, and within weeks Samantha finds herself engulfed in litigation that turns deadly.

I’ve been a John Grisham since the early days. Call them formulaic, legally flawed, and politically biased, I don’t much care. His novels have always grabbed my attention and kept me turning the pages. Gray Mountain was no different. The gray in the title refers to coal and, as in all of his books, his look at the imperfetions of the legal system, as well as society, means that there’s not always a happy ending.

Sex on the Moon 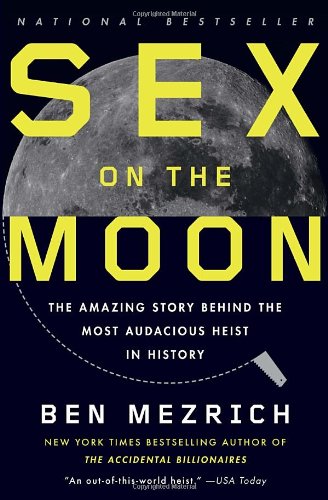 From the bestselling author of The Accidental Billionaires and Bringing Down the House, this is the incredible true story of how a college student and two female accomplices stole some of the rarest objects on the planet—moon rocks—from an “impregnable” high-tech vault.

But breaking into a highly secure laboratory wasn’t easy. Thad Roberts, an intern in a prestigious NASA training program, would have to concoct a meticulous plan to get past security checkpoints, an electronically locked door with cipher security codes, and camera-lined hallways even before he could get his hands on the 600-pound safe. And then how was he supposed to get it out? And what does one do with an item so valuable that it’s illegal even to own?

I’d never heard on the moon rocks caper, and chose this book because I enjoyed the author’s earlier books. After reading the book, I’m still wondering how I missed this in the news, and while not exactly a crime of the century (or decade), it was certainly big news. Early evidence that Thad was a bright, capable young man became more obvious after his stint in prison. While there he focused on some modern physics therories that are way beyond my comprehension. Today he is a theoretial physicist for the private think tank that is funding his research on quantum space theory, unfortunately demonstrating that crime often does pay.

The French House: An American Family, a Ruined Maison, and the Village That Restored Them All 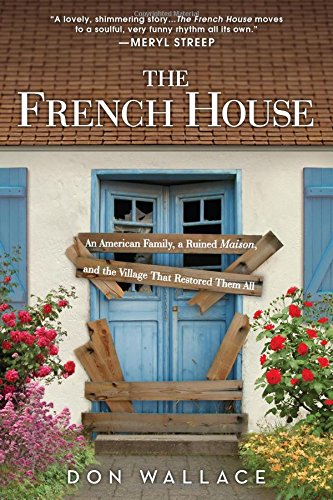 Shortly after Don and Mindy Wallace move to Manhattan to jump-start their writing careers, they learn of a house for sale in a village they once visited on a tiny French island off the Brittany coast. Desperate for a life change, the Wallaces bravely (and impulsively) buy it almost sight unseen.

What they find when they arrive is a ruin, and it isn’t long before their lives begin to resemble it―with hilarious and heartwarming results.

There’s always something appealing about these type of memoirs, although they have become formulaic – a love for a location prompts a desire to live their, a home is found and purchased, chaos results as buyers learn that it is not as easy as it seems, life lessons are learned along the way, all leading to the inevitable happy ending.

So why do we love these type of stories so much? Do we want to runaway from home? Do we long for a simpler life (that often is far more complicated than on the surface)? Or maybe, like me, people just want to experience it all vicariously.

The Monster of Florence

Douglas Preston fulfilled a lifelong dream when he moved with his family to a villa in Florence. Upon meeting celebrated journalist Mario Spezi, Preston was stunned to learn that the olive grove next to his home had been the scene of a horrific double murder committed by one of the most infamous figures in Italian history. A serial killer who ritually murdered fourteen young lovers, he has never been caught. He is known as the Monster of Florence.

Fascinated by the tale, Preston began to work with Spezi on the case. Here is the true story of their search to uncover and confront the man they believe is the Monster. In an ironic twist of fate that echoes the dark traditions of the city’s bloody history, Preston and Spezi themselves became targets of a bizarre police investigation.

This was another book that I picked up primarily because of my familiarity with the author, although I knew more about his fiction than non-fiction. The book was both frustrating and fascinating. Fascinating because it touched on some many headlines coming out of Italy (including the Amanda Knox case), and because of it’s look and explanation of the Italian legal system that is so different than our own. Frustrating because, well, yeah, Italy. You’ll have heard about many of the incidents in this book, and if you’ve traveled to Italy, will have visited many of the locations. Give it a read, but be prepared. 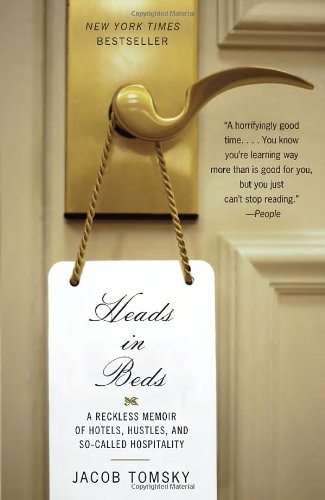 Heads in Beds: A Reckless Memoir of Hotels, Hustles, and So-Called Hospitality

Heads in Beds is a funny, authentic, and irreverent chronicle of the highs and lows of hotel life, told by a keenly observant insider who’s seen it all. Prepare to be amused, shocked, and amazed as he spills the unwritten code of the bellhops, the antics that go on in the valet parking garage, the housekeeping department’s dirty little secrets—not to mention the shameless activities of the guests, who are rarely on their best behavior. Prepare to be moved, too, by his candor about what it’s like to toil in a highly demanding service industry at the luxury level, where people expect to get what they pay for (and often a whole lot more). Employees are poorly paid and frequently abused by coworkers and guests alike, and maintaining a semblance of sanity is a daily challenge.

Anyone who works in the tourism and hospitality industry will recognize their own version of the anecdotes in this book. Outrageous, funny, and often urban legends, these are the stories people tell to break up the mundane part of the job. While I leave it to you decide what’s true and what’s exaggerated, amongs the questionable tales are some real nuggets for understanding the hotel industry. And once you understand how it works, you can learn ways to make it work for you. There are some practical nuggests, including the $20 bill tip (which I’ve used successfully long before this book was written) and suggestions on how to get a super early check in without paying for an extra day, along some that involve questionable personal ethics. Easy and fun to read.