United Kingdom is More than England

The couple sitting at the table next to me were engaged in a lively conversation and I couldn’t help but notice their delightful British accent.  As travelers often do, we struck up a conversation, asking one another where we were from and how we were enjoying our travels. 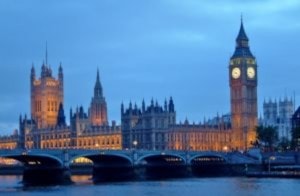 The couple indicated that they were from the UK, indicating a city that I was not familiar with.  Following our discussion, and back in my hotel room, I realized that while I intellectually understood the UK to encompass England, Wales, Scotland, and part of Ireland, in reality when I heard UK I emotionally translated it to mean England.  Adding to the potential confusion are the numerous Crown Dependencies (Isle of Man, for example) and the commonwealth countries (like Canada, my neighbor to the north) which are connected to the British Monarchy, but are not officially part of the UK.  It’s no wonder that I tended to lump everything into England and be done with it all.

Officially it is the United Kingdom of Great Britain and Northern Ireland, but colloquially referred to as the UK or Britain.  With the exception of Northern Ireland, which shares a border with the Republic of Ireland, the UK is an island nation containing other islands.

My Irish history is definitely rusty, but I do remember that a dispute over Irish Home Rule lead to a dividing of the island, with the Northern Island opting to be part of the UK and the remaining part of the country opting to become a free state.  Political unrest followed up until the 1990’s, and I recall countless news reports of conflict between various factions.  It was all terribly oversimplified, as foreign news often is, and was frequently summed up as Catholics vs. Protestants, north vs. remaining island, and/or Orange vs. Green.  Of course, the issues ran much deeper than that, but during that time it was easy to lump the country into broad categories:  the capital city of Belfast (representing the north, orange, and Protestants), and the capital city of Dublin (representing the remaining island, green, and Catholic).

My travel plans to London last year got derailed by some unexpected events, but I’m hoping to remedy that soon.  It’s possible that I’ll be able to get to London for World Travel Market in November, and I’m already starting to keep an eye on airfares and costs.  Since the event attracts a lot of attendees from the UK, I can’t wait to hear all those charming accents!  Who knows – maybe I’ll even start to distinguish between the various countries!