May Day: How Do You Celebrate? 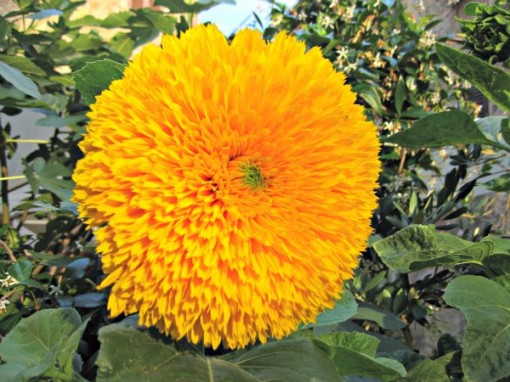 Today is May 1st, and depending on where you are in the world, the significance of the day runs for substantial to relatively unimportant.

When I was a kid, growing up in a small town, May day was a day of leaving flowers – anonymously – on neighbor’s doorsteps.  We’d gather up brightly colored construction paper, draw and decorate it, then roll and tape it into a cone.  As a final touch we’d attach a thin strip to make a long handle.  Once complete, we’d fill the cone with flowers from my grandmother’s garden.  I’m not exactly sure what flowers we’d put in it, but grandma’s garden always seemed to have an abundant supply of blooms to fill a dozen or so May baskets.  As I got older, the May baskets went from that rudimentary cone to woven ones, and then at some point to a true basket.

Once the cone was filled, the plotting began.  We would draw out a route through the neighborhood, targeting houses where we knew someone was home.  (This was a small town and we pretty much knew who’d be at home).  We tip toe to the front porch, hanging the cone of flowers over a door knob or carefully placing it on the welcome mat (again, smal town – we all had front porches and welcome mats), and then ring the door bell.  Quick as flash, we’d then run away to hide behind a fence, car, or other obstruction that was big enough for us to peek around and watch as someone answered the door.  Rather than having neighbors who were annoyed that someone was ringing the doorbell and taking off, there would be a gasp of appreciation as the neighbor glanced around, looking for who had left the flowers.

May Day is celebrated in many ways around the world.  Some notable celebrations include:

Many countries celebrate May Day with an emphasis on labor traditions, whether as International Workers Day or other observance.  In some countries it’s called Labor Day (Jordan, Bolivia, and Belgium, for example).  In other countries (Argentina, Brazil, South Africa, among others), it’s called Workers’ Day.  And in other countries, despite no formal name, it’s a day to recognize and appreciate the contribution that labor makes (Canada, India, Portugal, and more).

Today is more than the first of May.  It’s May Day – full of a variety of observances and meaning.  For me – decades later – a part of me wants to make pretty construction paper cones and fill them with flowers, although I know that in my neighborhood, no one is home during the day to appreciate the gesture.  But still. . . I can’t help but hope they’ll be flowers on my doorstep some time during the day.

Do you celebrate May Day? What are your traditions?