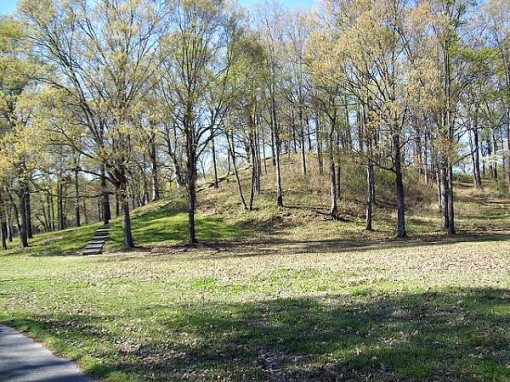 The U.S. Department of the Interior is nominating Poverty Point State Historic Site in northeast Louisiana for the UNESCO World Heritage List in 2013.  The 3,500-year-old site is considered one of the most culturally significant American Indian sites in the U.S., and is already designated a National Historic Landmark, National Monument and Smithsonian Affiliate.

Poverty Point is the largest, most complex U.S. archaeological site of its age. No other site in the country matched its size until 2,500 years later. In addition to its impressive size and design, the site is outstanding because of its widespread trade network. The site’s design is unlike any other site in the world, including a massive earthen complex, with five mounds (the largest in photo above), six concentric, C-shaped ridges and a large, flat plaza. Archaeologists believe Native Americans moved millions of basket-loads of dirt to build the earthworks.

Programs and tours at the site are offered daily and show visitors how life might have been for the prehistoric inhabitants of the area.

How many of the U.S. UNECO sites have you been to?  I regret to say that I’ve been to very few here at home.

Admission: $4 for adults; children under 12 and seniors are admitted free.