Viva le Tower: The 127th Anniversary of the Eiffel Tower 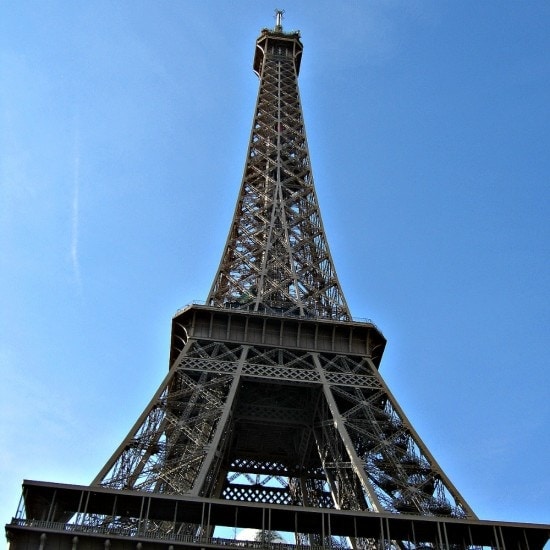 March 31st is the 127th anniversary of the inauguration of the Eiffel Tower, and boy dho I wish I was there to celebrate!

Located beside the River Seine in Paris, France, the Eiffel Tower is the tallest building in the city.  Following its completion in 1889, it was the tallest structure in the world, and remained so until the Chrysler Building in New York City displaced it from that top spot.

The Eiffel Tower was originally built as the entrance arch for the Paris World’s Fair.  That  also marked the 100-year commemoration of the French Revolution. When it was first built, many considered it to be an eyesore, part of the reason why originally the tower was to be torn down 20 years after it was erected.  Fortunately, some practical uses came of the tower (including the role it played in helping to catch the infamous spy, Mata Hari), and it remains an well recognized landmark in Paris.

On the first floor of the Eiffel Tower, during the winter, is a skating rink.  You can skate for free, and catch a great view at the same time.

If thinking about the Eiffel Tower doesn’t make you want to go to Paris, I’m not sure anything will.