Curacao: A Caribbean Island with a European Edge 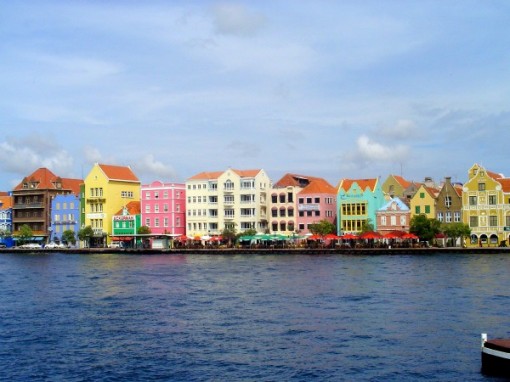 It’s hard not to fall in love with a tropical island.  Even more so when that tropical island has the kind of energy that makes you want to stay on your Caribbean holidays indefinitely.  Try Curacao; it’s the perfect Caribbean island (a part of the Netherland Antilles) about 40 miles off the coast of Venezuela and it’s Dutch, still Dutch after all these years.  The island is also part of what is commonly referred to as the ABC islands: Aruba, Bonaire, and Curacao.  Another plus, Curacao is out of the hurricane belt, which means no hurricanes during hurricane season translating into the fact that your vacation won’t be ruined if you visit from June to October.

Curacao is not your typical island in the Caribbean either since it feels very European and, for lack of a better word, magical.  A good stop that really does feel magical is called Dinah’s Botanic and Historic Herb Garden and Dinah Veeris, the owner, offers tours.  Have a digestive problem, there’s a plant to cure it.  An ear ache and she can fix that too.  Local herbs are all grown on the property and Veeris can tell you how to use each one. She actually decided to plant the garden in the 90s when she realized all the herbal knowledge from her ancestors was being forgotten (not anymore).  You’ll also enjoy a reconstructed rural settlement set throughout the grounds complete with life-size rag dolls depicting life when folk medicine was the norm.

While heading to the west side of the island, stop in and visit a local artist.  Her name is Nena Sanchez and her gallery is not only colorful (think pinks and blues, orange and yellows), but the house is also in the perfect location for just the right breeze and just the right views.  An old plantation house that was established on the island in the early eighteenth century, you can visit and browse or buy one of Sanchez’ paintings (and it is said to be one of the most haunted plantation homes on the island).

For a good idea of what Curacao is all about take a tour of the town of Willemstaad, the only fortified capital city in the Caribbean that is built in typical Dutch architectural style.  Think tiled roofs, narrow buildings and lots of colorful paint adorning the homes and shops.  There are actually several distinct areas and districts in Willemstaad, you will want to take particular note of both Punda and Otrobanda – on each side of the Bay with a bridge connecting.  These two districts and two others (Pietermaai and Scharloo) are all a part of UNESCO’s World Heritage List since 1997.

A walking tour of the town is the best way to see it (perhaps with a guide), but either way must stops are the synagogue consecrated in 1732 and remaining in use with no interruption since that time; the Floating Market, an open air food market found on the Waaigat where Venezuelan merchants offer their wares daily from fruit to vegetables to fish; Fort Amsterdam, the islands oldest and most prominent monument built in 1635 and still housing the governor’s palace.  You might also consider a ride on the Trolley Train Tour downtown – it’s a great way to discover this historic landmark.

Outside of Willemstaad there are a number of amazing hotels and things to do.  Beginning with the beaches – head up to the West side for a real relaxing experience.  Klein Knip is a small beach (translate: oasis) and the smaller of the two coves that make up Knip Bay.  White sand, crystal clear water and an abundance of sea life make this the perfect place to spend the day either snorkeling or diving.

A tour of the Blue Curacao Liquor Distillery is also in order since this is the home of the original “Curacao” liquor processed with the peels of the Laraha.  The distillery offer tours and the entrance is free (and you can try some of the various types of liqueurs while you’re at it).

There are a variety of museums on the island, but let me recommend three; the Maritime Museum with exhibits explaining history dating back as far as the first inhabitant on the island in 600 BC. The Curacao Sea Aquarium is another must with animal encounters and a chance to snorkel or dive.  One of the finest museums on the island, however is located at Kura Hulanda in Willemstaad.  The owner has bought up a small area much like a village that he has turned it into, not only the museum, but also a luxury boutique hotel.  As for the museum it’s a place to discover African history including the slave trade and other important West African themes and cultures.  If you only make it to one museum while visiting – this is the one.

Other musts; you have to eat, right?  Suggestions include Jaanchie’s (on the west end of the island and the owner sits down with you to discuss what you want to eat) or the Moon Beach Club, Lounge & Restaurant offering the ultimate laidback luxury in the picturesque Pi­etermaai area of Willemstad.  Fine cuisine will definitely round everything out during your stay — that coupled with good beaches, sunshine and smiling faces  and you have the perfect Curacao vibe.