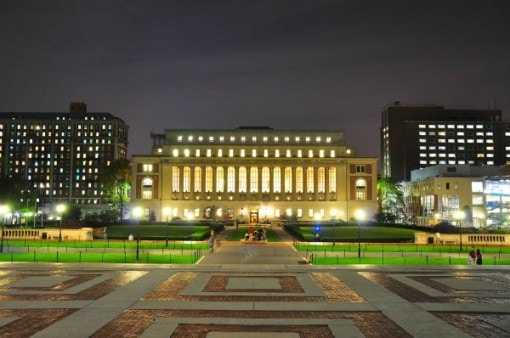 The Ivies.  What started out as eight private colleges and universities forming an athletic conference, is now a term used to represent eight of the most elite, prestigious, and expensive schools in the world.  With the exception of one, all of the schools were founded during the Colonial era.  The eight Ivy League schools are:

With college visits right around the corner for many families, let’s take a look at what you can expect in a visit to the ivy league schools – besides the expected academics.

Brown – Providence, Rhode Island.  A small university in a small town-feel city, Brown offers guided and self-guided tours of its campus.  Downtown Providence is full of architecture dating back to the 19th century, along with warehouses mills that have been restored as part of the cityscape.  The surrounding Providence area is hip and vibrant, boasting an impressive food scene and art community, and several ethnic neighborhoods.  Providence, also called P-Town, has a large, active LGBT community.

Columbia – New York City.  Located smack dab in the action of Manhattan, Columbia has guided tours available on weekdays along with self-guided walking tours that give visitors a look at its Morningside Heights neighborhood.  With the whole city at its doorstep, students and visitors to Columbia would be hard pressed not to find something to enjoy.

Cornell – Ithaca, New York.  Upstate, in the Finger Lakes region of New York, the Cornell campus has beautiful gardens, arboretums, and trails that wend their way through the buildings.  Two notable museums are at hand, the Museum of the Earth with its impressive fossil specimens and the art collection at the Johnson Museum.  For students and visitors over the age of 21, there are nearby wine trails.  Cornell is the only one of the Ivy League schools that was founded after the colonial era, making it the baby of the bunch.

Dartmouth – Hanover, New Hampshire.  The smallest of the ivies (by enrollment), Dartmouth is located in the beautiful Lake Sunapee region.  The Hood Museum of Art and the Hopkins Center for the Arts are located on campus and help to provide some of the culture to the campus and community.

Harvard Yard in the snow

Harvard – Cambridge, Massachusetts.  Perhaps the most well known of the ivies, Harvard is also the oldest.  Stroll the Harvard Yard, the oldest part of the campus and also its heart and soul, or check out one of the eight museums.  Nearby are many historical sites and Boston is just a stone’s throw away.

Princeton – Princeton, New Jersey.  If there’s one thing Princeton is known for, it’s tradition.  From the sanctioned, like the arch sings or the acapella concerts, to the non-sanctioned, like the stealing of the bell clapper from Nassau Hall, it’s a part of the student experience.  The impressive Princeton University Art Museum is on campus, and the nearby city lends an urban vibe.

University of Pennsylvania – Philadelphia.  UPenn was founded by Benjamin Franklin, and it is known for its commitment to public service and to research.  Impressive libraries and museums are on campus, and Philadelphia has impressive venues for music and art as well.

Yale University – New Haven, Connecticut.  Yale boasts former US Presidents and Hollywood celebrities among its notable almuni, but the campus is also known for its nature preserve and campus golf course.  The Peabody Museum of Natural History is also on campus, and the Knights of Columbus Museum is in nearby New Haven.

Have you visited any of the ivy league campuses?  Do you have a favorite?