The Lost Son of Havana is, ostensibly, a baseball movie.  It’s the story of the life of former baseball pitcher Luis Tiant.

In 1961, the Cleveland Indians brought Luis Tiant to the United States to play professional baseball.  The young pitcher followed in the footsteps of his father, also a pitcher, who played in the Negro League for the New York Cubans. 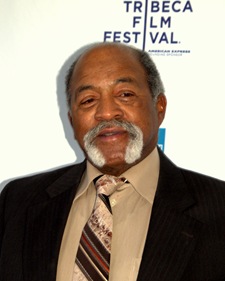 While living out his dream as a major league player, Tiant received a message from his parents back in Cuba – “don’t return home.”  The rise of the Castro regime made returning back to Cuba an unwise decision.  Tiant heeded the advice of his parents, but it would be 14 years before he saw them again.  And even longer before he was able to return to the island of his birth.

Castro eventually allowed the elder Tiant’s to travel to the US (following intervention by then Senator George McGovern), and they saw their son play in the 1975 World Series, where he was the winning pitcher for two games against the Big Red Machine of Cincinnati.  Luis Sr. threw out the first pitch of one game, resulting in both father and son being on the mound.

The Tiant’s stayed in the US for 15 months, reunited with their son, and watching him play baseball as they got to know him once again.  Both his mother and father passed away here in the US, within one day of one another.

If the movie was just about baseball, however, this post would end here with a happy reunion story.  The heart of the movie is still to come — Luis’ return to Cuba following his 46-year exile.  He finally is allowed to visit Cuba, a chance to go home again, to a country that has changed nearly to the point of being unrecognizable.

In Cuba Tiant reunites with elderly aunts, former baseball colleagues, and numerous extended family members and friends from the neighborhood, as he takes a trip down memory lane that is both joyous and painful.  A new generation of Cubans come out to meet him, thinking of him as not only a great baseball player, but as a “millionaire from the United States.”

The movie, which premiered at the 2009 Tribeca Film Festival, does a nice job of weaving old film clips into the filming of the journey back home.  It does an amazing job of showing the emotions of a rather stoic man as he wrestles with demons and guilt over leaving his family and homeland.  And he is forced to reflect on him many successes as opposed to the poverty of his former home.

There’s grief, there’s joy, there’s guilt, and just a teensy bit of hope as Luis Tiant says that he will return to Cuba again.

After watching the movie, I was left asking myself once again – why do we continue this crazy embargo on travel to Cuba?  Who is really hurt by it?  It’s a mere 90 miles away from our shore, but there’s a mountain of policy that says Tiant will probably never be able to cross that divide again.

If I’ve piqued your interest, please take a look at the movie trailer.  It’s not yet available on DVD, but you may be able to catch it on your cable network or on demand programming.  It’s worth looking for!