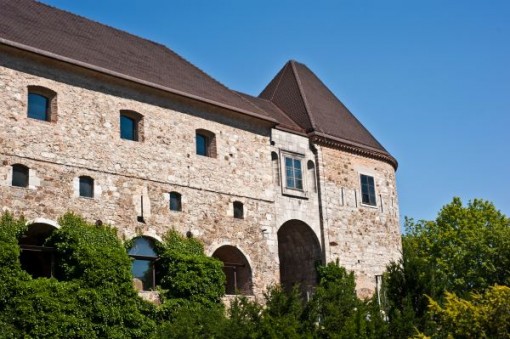 If you’re a castle lover, Slovenia is the right place for a blend of history and culture in a country that’s still untainted by the tourist factor. First stop on your list will likely be the capital city’s Ljubljana Castle built in the 15th century.  Located in the city of its namesake, the castle sits atop a hill with sweeping views of the city and the countryside and it’s the largest and most visited castle in the country.

It’s free to enter the castle courtyard so even if you just want a good view and a cup of coffee or glass of wine at the top, you’ll be able to take in the atmosphere no cost.

Guided tours take place daily from June to mid-September at 10 a.m. and 4 p.m. and are about an hour long.  From September 15 until the summer season rolls around again guided tours are conducted only if arranged in advance.

Tours aren’t mandatory, but will give you a good taste of the castle’s history.  The area was inhabited as far back as the 12th century BC, eventually became a Celtic stronghold and finally morphed into what it is today.   The tour guides are also full of legends and lore of the castle and the surrounding area, so as you discover the medieval jail, the old Gothic chapel, renovated halls and a 2000-year-old Roman well you’ll also hear the stories that have shaped this part of the world.

On tour or not you can climb to the top of the tower for an even better view.  Take some time and watch the 3-D documentary about the history of the castle and the city.  On the left side of the castle chapel you will also find the Museum of Slovene History along with a restaurant featuring traditional Slovenian food.

Locals and visitors alike find their way up the hill during the summertime to attend one of the many cultural events.  Art exhibitions are free and take place in various parts of the castle; concerts, theatre and open air cinema are also featured during the warm weather. Then, just as fall begins to peak its head on the horizon, the castle courtyard plays host to Medieval Day which celebrates the history of Ljubljana .

There are several options for getting to the castle, depending on the time of year you visit.  You definitely don’t want to drive since there’s no place to park at the top.  So leave your car at your hotel,  Slovenia has a good variety of accommodations, and walk along one of the paths to the top.  Walking will take you about 10 minutes from the city’s Old Town.  Or choose the funicular.  The funicular runs about every 10 minutes, leaving from the Krekov trg between 9 am-11 pm during the summer, and 10 am-9 pm during the remainder of the year.

NOTE:  This post was sponsored by My Destination Info.  The opinions expressed herein are those of the guest writer, Rita Cook.