Do you remember singing this as a child:

I sure do.  But when I sang it, I had no idea what London Bridge was really all about or where it was – other than London, I mean..

So what’s the real scoop? 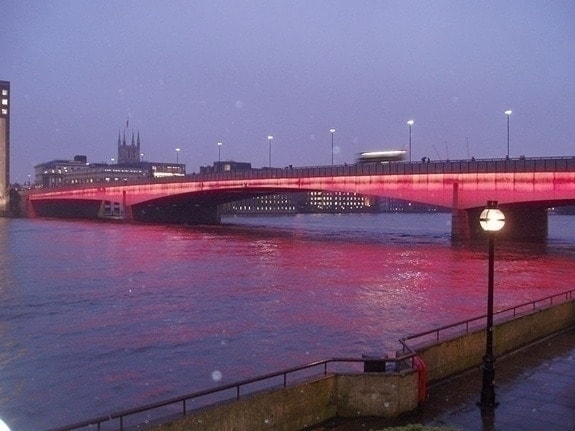 London Bridge crosses over the River Thames connecting London and Southwark.  This is city central, with lots of London hotels and attractions nearby, and is a busy spot in the city.  Although London Bridge is often confused with the Tower Bridge, it is actually located between the Tower and the Cannon Street Railway Bridge.

London Bridge has actually been a succession of bridges, with many incarnations occupying the same space and the same name.  In the mid 1960’s, the then London Bridge, known as Rennie’s Old London Bridge, was put up for sale .  It was a crazy idea, but after all, what do you do with a bridge that needs to be updated and repaired.  The bridge was sold to a crazy American, Robert McCulloch, for around $2.5 million, and it’s rumored that he thought he was buying the Tower Bridge not the London Bridge.  They were getting confused even back then.  Truth or urban legend, I’m not sure, but what a great story. 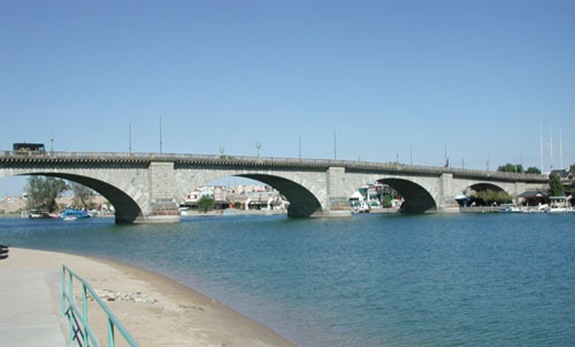 London Bridge was taken apart, piece by piece, numbered, and reassembled in Lake Havasu City, Arizona, where it spans the Bridgewater Channel and serves as the centerpiece of a theme park and shopping mall.  Since its re-dedication in 1971, it has become Arizona’s second most popular tourist attraction (the Grand Canyon is number one).

Meanwhile, back in London, a new London Bridge was under construction. It opened in 1973, decades after I stopped singing that childhood song, and was designed to be functional and long-lasting.  It’s still an impressive looking bridge, although must less showy than previous versions.

You can reach London Bridge via the Tube.  The closest stations are Monument at the north end of the bridge and London Bridge at the South end.  The rail station is also nearby.

Although you may not have visited London Bridge, you may have seen it in any number of movies and documentaries.  It is often used to depict the crowds of people commuting to and from work.  Movies and the big screen are fine, but still nothing like seeing the real thing!