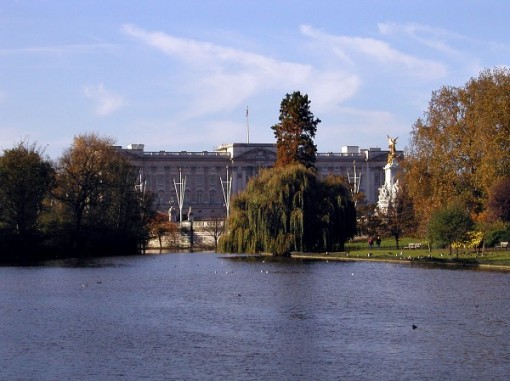 A visit to London this year is sure to be full of hectic activities and adventures. The 2012 Olympics Summer Olympics will bring in athletes, fans, and visitors from around the world, and Queen Elizabeth’s Jubilee has the calendar chock full of commemorative events and displays.  You can easily find yourself wrapped up in a whirlwind of activities at a maddening pace.

When you’re ready for a break, and a get back to nature moment, try visiting one of the 8 royal parks of London, most of which are an easy walk from your London location.  Fair warning, they can be busy, crowded, places, but the opportunity to enjoy some beautiful grounds in the out-of-doors, can be a tonic to the traveler’s soul.

The parks were originally 5,000 acres of hunting grounds for the royals.  Later they became formal gardens, still for the royals however.  It wasn’t until the mid-1800s that the first park was opened to commoners, er, I mean the general public.  So take advantage of the royal opportunity and stop by one of London’s 8 royal parks:

Eight royal parks, each with their own personality and appeal – and just perfect for an afternoon of enjoyment.