UNESCO (United Nations Educational, Scientific, and Cultural Organization) was founded in 1945 with the goal of promoting world peace and security through international cooperation in education, arts, sciences, and culture. Its headquarters are located in Paris, France, with dozens of regional offices around the world.

UNESCO supports many projects and has lots of meetings and conferences, but the initiative likely the most familiar to travelers is the designation of World Heritage Sites. The World Heritage program designates sites that reflect the importance of preserving the cultural and natural heritage of the world.

Every year, new sites are considered for listing. The process starts with countries creating a Tentative List of sites, then moving to nomination status, and eventually to a vote on whether to include them on the full list. It’s a long and arduous process, requiring extensive documentation and review, and often takes many years. Every year, a dozen or so sites are awarded World Heritage status.

I’ve asked some friends for their favorite UNESCO World Heritage sites and compiled this round-up as a way to showcase them. This list will be updated from time to time.

Read on to learn why so many travelers enjoy visiting UNESCO sites. 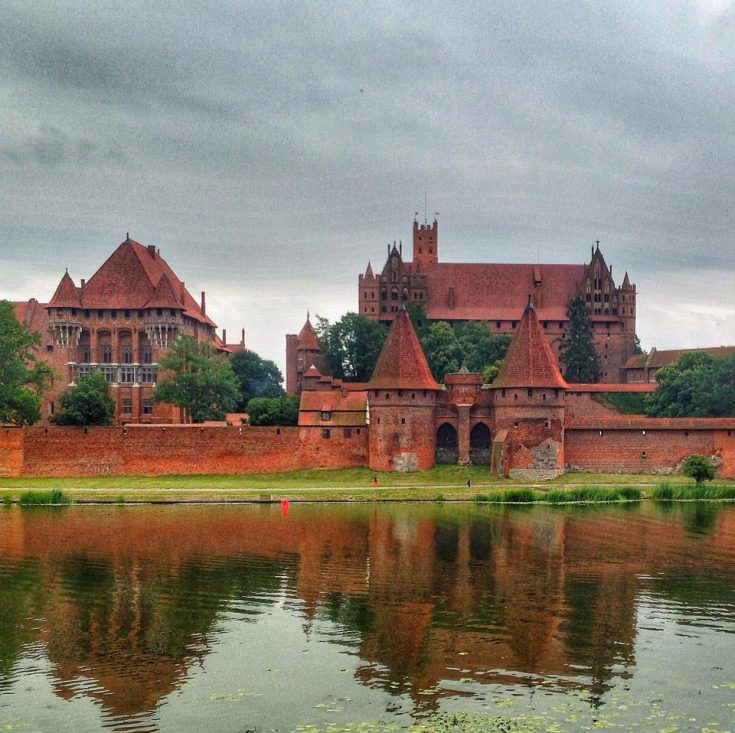 The Castle of the Teutonic Order in Malbork, most often referred to as simply Malbork Castle, is a fortified monastery on the Nogat River, that dates back to the 13th century. When it was completed in 1406, it was the world’s largest brick castle, housing around 3,000 brothers in arms, and it retains that title today 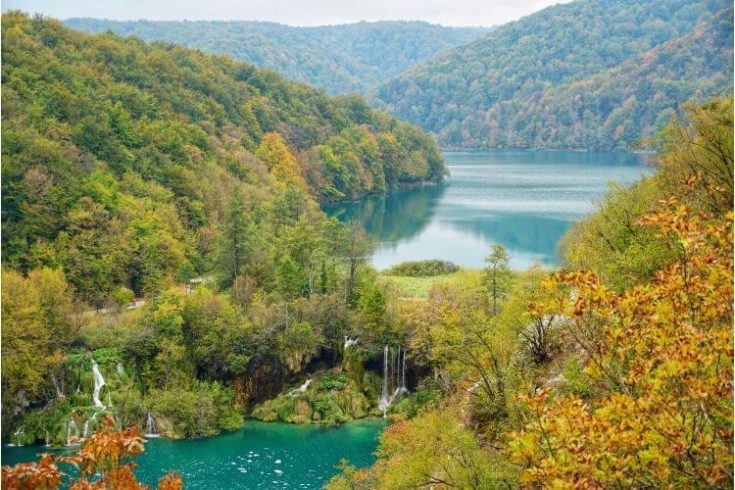 What You Should Know Before Visiting Plitvice National Park Croatia

This UNESCO World Heritage Site covers over 114 square miles, and features sixteen lakes (there are 12 upper lakes and 4 lower lakes) connected by waterfalls and streams of all sizes. Visitors can walk the boardwalks that hover above the water for a close up look, or take some of the trails through the forest in the park. 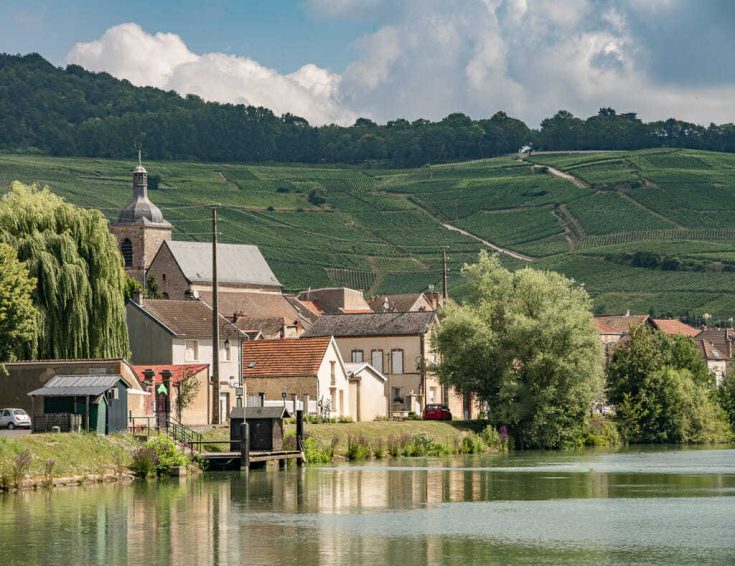 Exploring the Tastiest UNESCO Site in the World: Champagne Region in France

The Champagne region in France is arguably one of the best-tasting UNESCO World Heritage Sites in Europe. 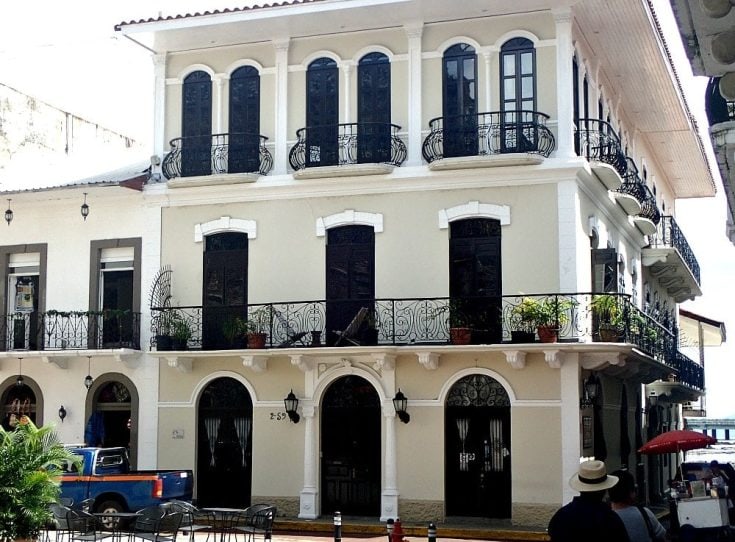 Panama City has two sides – the modern, with its skyscraper banks and casinos, and the old town. The old town is referred to as the Historic District of Panama and is a UNESCO World Heritage site. It’s become one of the hippest neighborhoods in the city, also called Casco Viejo (Spanish for the old quarter), and feels like a lifetime away from the skyscraper banks and casinos. 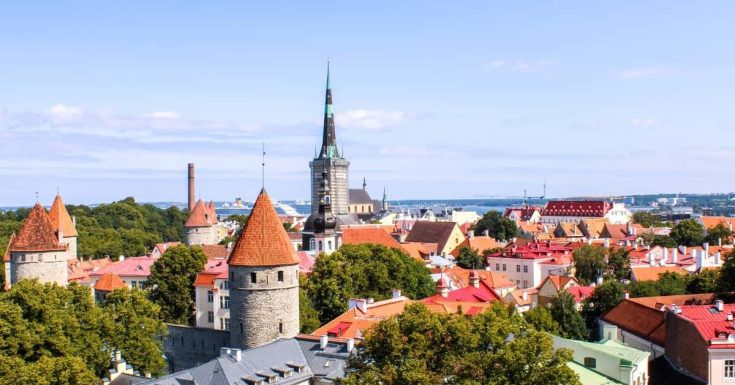 Tallinn, Estonia is a popular stop on many Baltic cruise itineraries, especially because of the beauty of its medieval Old Town area. Tallinn Old Town became a UNESCO World Heritage Site in 1997 due to its remarkably preserved 13th-century city plan. 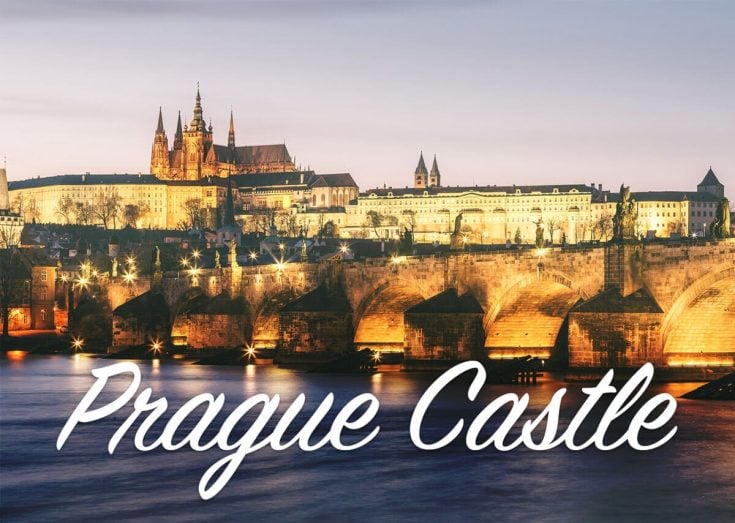 Prague Castle: Everything You Need to Know to Visit

The Prague Castle is undoubtedly THE most famous Czech castle. It helps that it’s UNESCO-listed and is claimed and confirmed (by the Guinness World Records) to be the largest castle in the world. 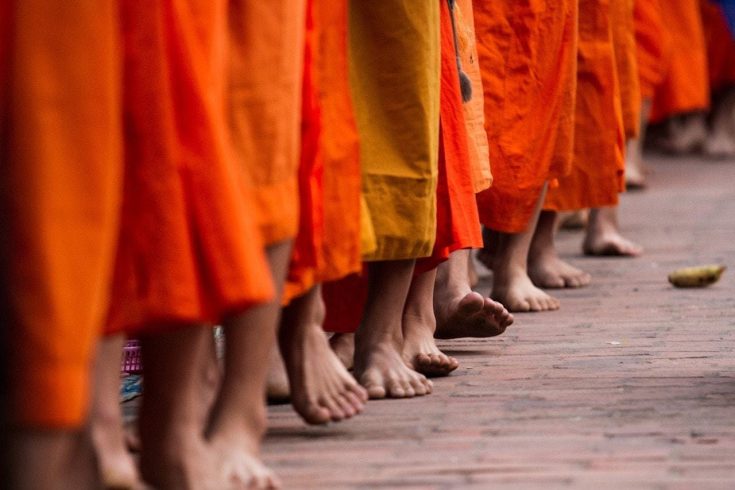 In 1995, UNESCO granted Luang Prabang world heritage status because of the unique juxtaposition of the French colonial architecture with its temples and traditional Lao wooden buildings. 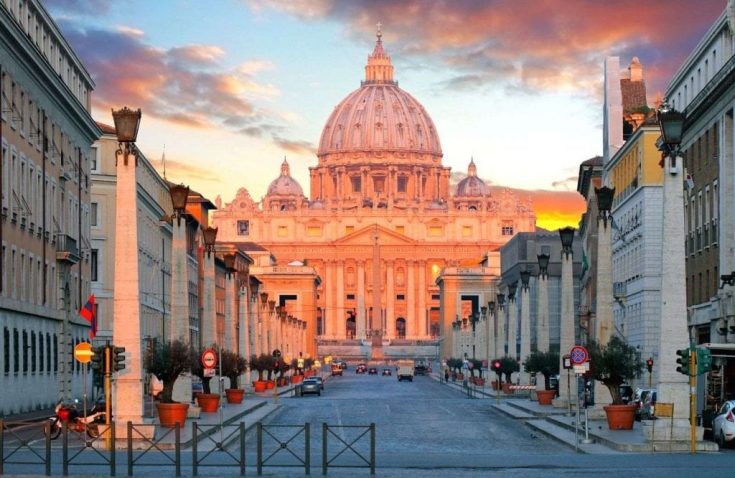 Visiting the Vatican: Everything You Need to Know

Vatican City is the only UNESCO site comprised of an entire state.

The Alhambra houses some of the most important Islamic architecture in Europe. The area of the Alhambra itself includes the Generalife Gardens and the Palacios Nazaries from the 14th century. 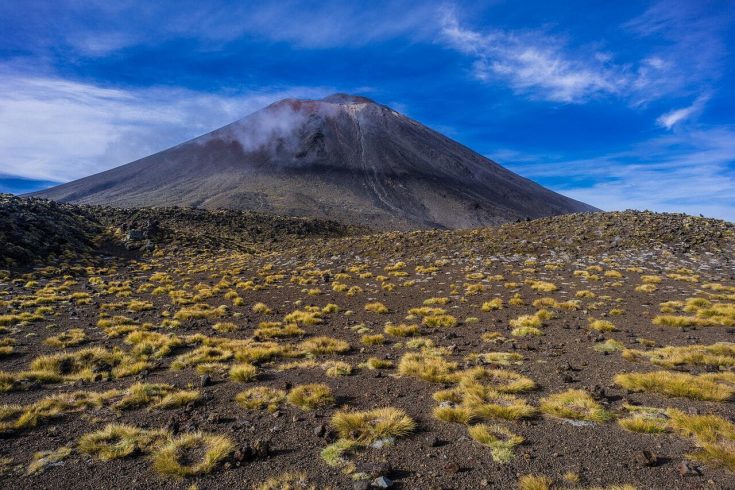 Tongariro National Park, the oldest national park in New Zealand, is a UNESCO World Heritage Site listed for its mix of cultural and natural importance. The park, located on the North Island, is home to three active volcanos:  Mt. Tongariro (for which the park was named, Mt. Ruapehu, and Mt. Ngauruhoe. 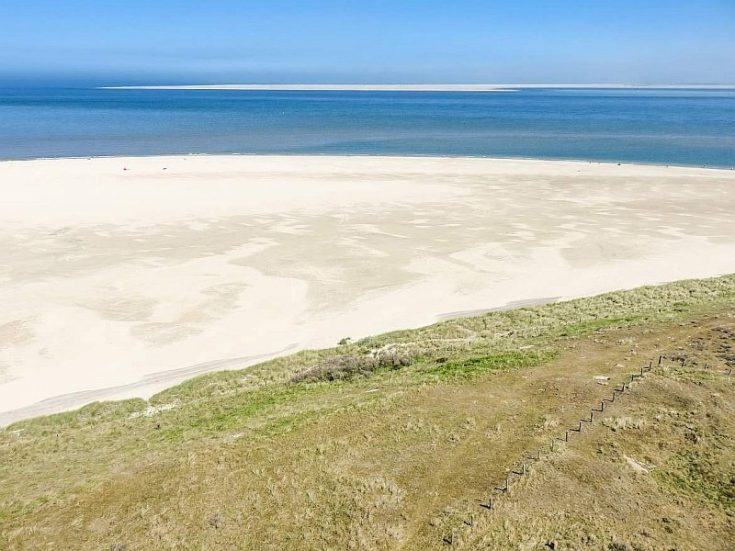 The Wadden Sea is the only natural Netherlands UNESCO site, and as the name suggests, it is intimately linked with water. 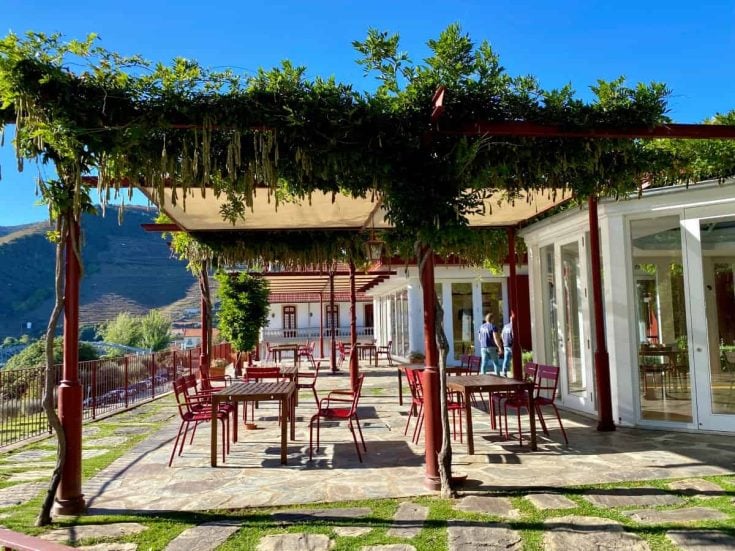 Home of the River Douro, the Douro Valley is a UNESCO World Heritage Site and the oldest demarcated wine region in the world (boundaries were set in 1756).  Also called DOC (Denominação de Origem Controlada), it’s the only place you’re allowed to call port…port.

Seville’s Alcazar is part of Seville’s UNESCO World Heritage Site, along with the Seville Cathedral and the Archivo de Indias. The complex of buildings and the gorgeous gardens together make for an unforgettable experience, especially if you love history, architecture, art, and culture. 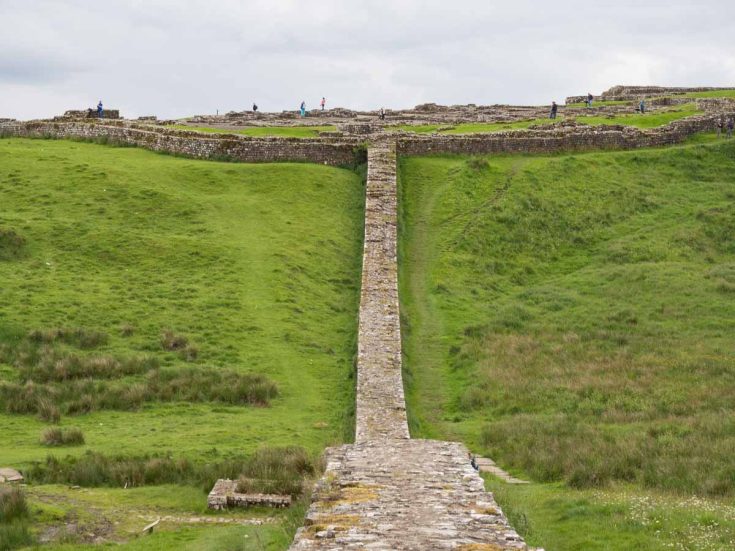 Hadrian’s Wall is both a UNESCO World Heritage and an English Heritage site. At one time, the wall was the guard, but now, the wall itself needs guarding if it is to be preserved.

3 Dreamy Tuscany Road Trips (With Maps) Through the Val dOrcia

The patchwork of rolling wheat fields, verdant green forests, and narrow cypress-lined roads with earthy stone farmhouses dotting the quilt-like buttons is just such a classic scene and the perfect setting for a classic road trip in Italy. It's so iconic in fact, that UNESCO (United Nations Educational, Scientific and Cultural Organization) has bestowed status not once, but seven times upon the region, including the swath of valley that defines the landscape of Tuscany — the Val d'Orcia. 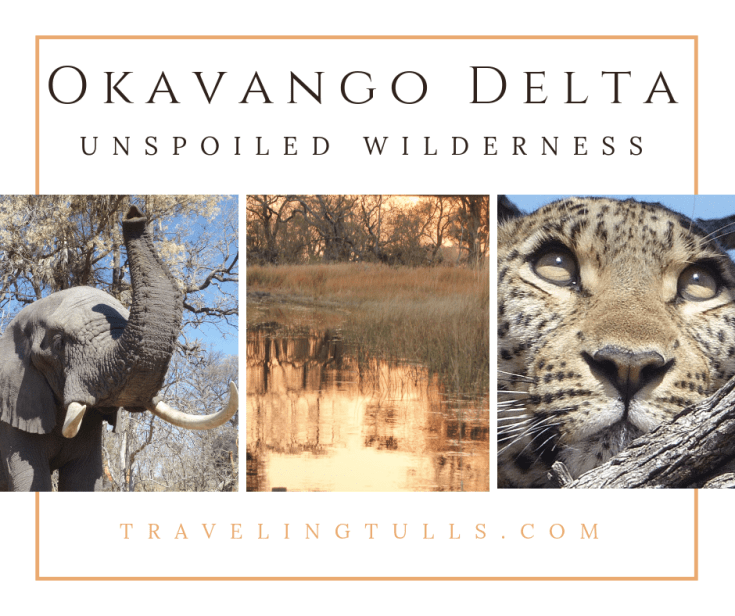 The Okavango Delta in Botswana was the 1000th site designated as UNESCO as a world heritage site. I’m inclined to think that they saved that special number just for this environment as it is one of the most spectacular spots on earth. 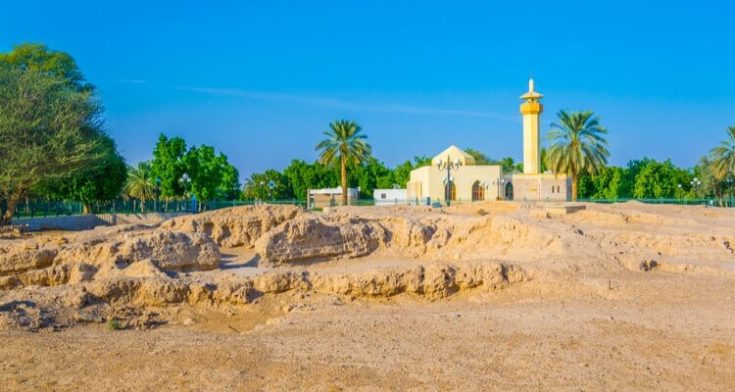 Sitting on the border with Oman, Al Ain is a great day trip location from Dubai and home to the UAE’s only current tangible UNESCO World Heritage Site – well, there are actually several of them – collectively known as the Cultural Sites of Al Ain.

The UNESCO World Heritage Site of Halong Bay in the Gulf of Tonkin is famous for its stunning natural beauty featuring around 1,600 rainforest topped limestone karst islands and islets. Tourism has boomed in Ha Long Bay and the nearby fishing villages have become a hub for hoards of visitors that flock to see this natural wonder. 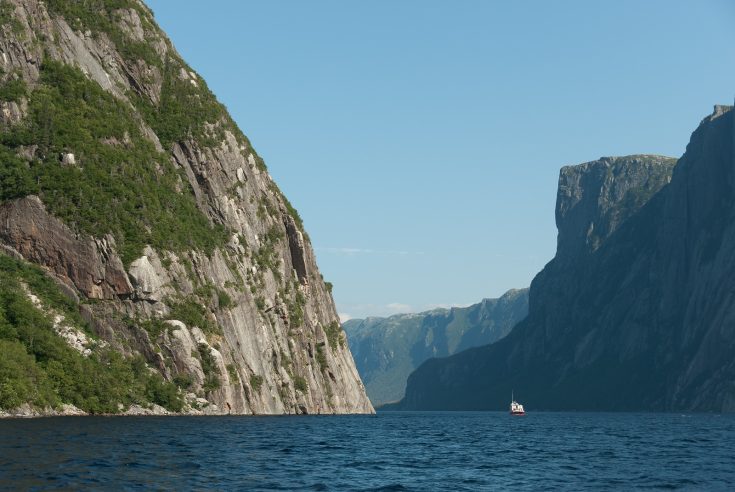 Gros Morne National Park is a UNESCO World Heritage Site in Canada that was designated in 1987. This national park is currently governed and managed by Parks Canada since its founding in 1973, and encompasses parts of the Rocky Harbour in Newfoundland and Labrador in Canada.

Pin to your favorite travel Pinterest board and plan a trip to a UNESCO World Heritage site.